A Call for Peace and Community Engagement 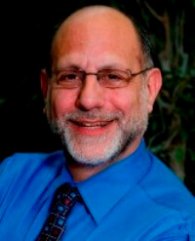 On Monday evening, August 14, 2017, I had the great honor to stand in front of a crowd of residents of Skokie and some surrounding communities to address the horrible events this past weekend in Virginia.  Only 24 hours earlier, I had received a call from the new rabbi at Skokie Valley Traditional Congregation requesting help to organize the vigil.  Now we stood with a group of over 300 people reflecting the entire make up of Skokie, many of us members from TBI.  The large and diverse turnout reflected the pain that people felt from the weekend events.

Images of hate groups in Virginia had shocked us.  This non-partisan, community vigil against hate was held at Greenwood and East Prairie.  We were stunned by the images from Virginia and gathered to stand defiantly against antisemitism, racism, xenophobia and bigotry.  We spoke about building a civil society of mutual respect here in our own backyards.

When I spoke I reflected on my father’s life’s work.  He was born in Germany and fled the Nazi’s in 1936.  He explained that his work in civil rights, social justice and interfaith relations was a result of his firm belief that part of what enabled the Nazis to come to power was the fact that most of the German population did not know German Jews and had little relationship with the German Jewish community.  The lack of relationships made it easy to objectify the Jewish community.

I encouraged us to reach out and get to know people in our community and build relationships.  I urged everyone to become involved in a positive way in Village government.  We have commissions and committees that need service.  Through such work we meet each other and know we can stand together.  Community engagement is an antidote to hateful acts.  We left the vigil committed to continue to speak out.

When I feel anger at this week acts and words, I remind myself that our biblical stories teach that often the stranger turns out to be different than what we first assess. The three visitors who come to Abraham and Sarah are not mere men.  Strangers are revealed to us as angels.  Ruth is not alien or a person separated from us.  Moses in not part of a cruel Egyptian society.  We learn an ethical imperative from these stories.  We must seek the image of God in each other and from that find strength or renewed commitment to each other and faith.

That was the empowering experience as we stood together and introduced ourselves to each other.  To overcome the feeling of fear from bigoted thugs and despair for our American democracy when our president fails to speak clearly, we have to first reaffirm our commitment to each other and then take strength that there are far more who believe as we do.