Why does a Wyoming voter wield 3.6 times the electoral college influence that a California voter does? Why is that twice in the last five presidential elections, the winner of the popular vote has gone down to defeat in the electoral tally? Is representation in the U.S. House and Senate skewed? What about “gerrymandering?” And how real a threat is voter suppression? What’s wrong here? Has a system designed to accommodate 18th- and 19th-century geographic and political realities outlived its usefulness? Has it become dangerous to our democracy? If so, would it be all but impossible to change? We’ll consider several possibilities, including a radical new idea called “the National Popular Vote Interstate Compact.” 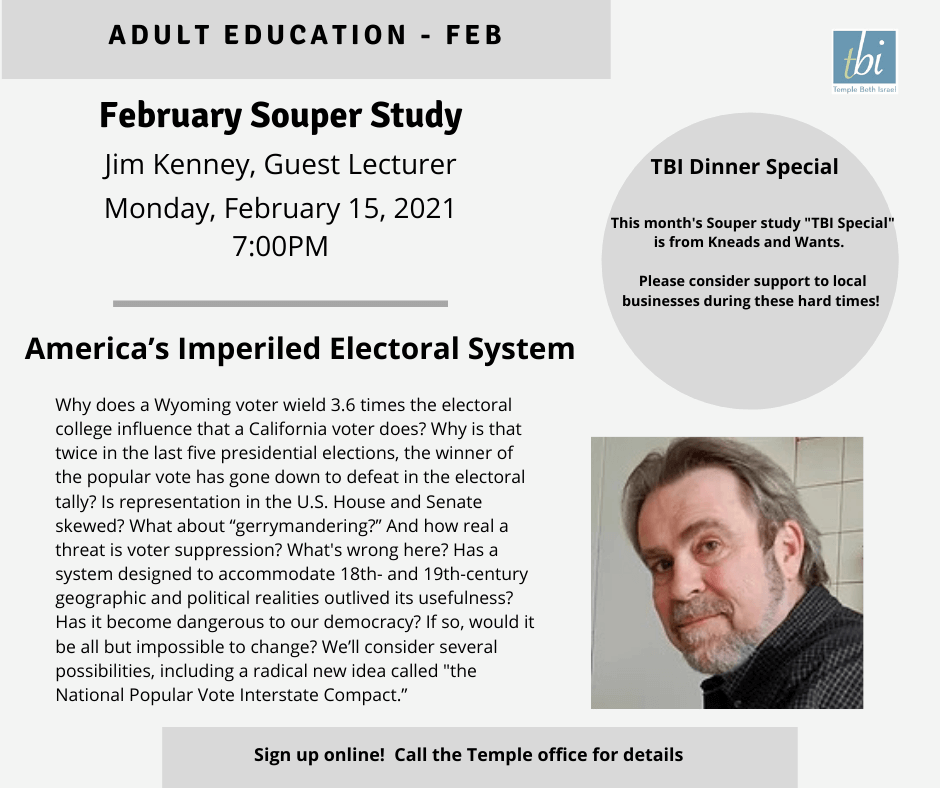